Thrillophilia has seen profound progress in the last few years and all direct praise goes to the people who stood by as pillars to build the staircase to success.

‘From incessantly opening doors to profuse opportunities, to living life like an adventure with the buoyant workforce’, we have the stalwarts of Thrillophilia revealing all that gave them an impetus to a prolonged journey with the organization-

Tarun Dadlani, the VP of Growth has been in the organization for almost 7 years now ! Catalyzing the growth of the entire organization, we couldn't wait to hear his determining factors for staying put at Thrillophilia-

“I joined Thrillophilia as an ambitious fresher with a bag full of dreams and a hunger to grow. But, right in the 9th month post my joining, my outlook towards growth changed entirely. The company showed unparalleled faith in me which consequently assimilated my personal growth with that of the company’s. And in the years that followed, the individual growth of the people working here also became one of my objectives.

Here, I found a unique and dynamic work culture that is backed up by ample opportunities and far-sighted visions. I was perpetually given the space to brainstorm and execute new ideas and initiatives in every vertical that I was subjected to. Thrillophilia provided me with the grounds to experiment, evolve and excel.

Over time, I have seen different departments emerging out within the organization like branches of a tree and it pushed me to diligently explore and learn about the intricacies of how a company functions and expands. I always wanted to build something great and with the dedicated assistance of a bunch of talented and ambitious individuals, I can proudly say that ‘we’ did it.

With the market constantly evolving, there are always new things to add and alter keeping the future aspects in mind. Thrillophilia has an immense potential to grow and acquire monopoly in the travel industry and I will be the happiest, lending a hand in making that happen!”

“Looking back, the most important reason for me sticking around at Thrillophilia has been the connection that I have felt with the organization on a personal level. The people I have worked with, especially the founders, have become more than family.

From the day I joined, I realized that I was a part of something special, something that is going to make it big and global, transforming  the entire world of travel and it filled me with a sense of pride, belonging and most of all, exclusiveness.

I joined Thrillophilia in its Bangalore office back in 2013 and then moved with the company to Jaipur. Thrillophilia had the kind of work culture that absorbed me and motivated me to put my best. I have contributed to and seen Thrillophilia grow from a start-up company to an extremely stable and secure workspace and that has always kept me tightly tied to its roots.

In these 9 years of working on Thrillophilia’s website, building it from scratch to something so huge and remarkable, I fostered Thrillophilia like my own child. I was imbibed by Thrillophilia’s core value to ‘Get Things Done’ - an aspect of which is measuring success by real, tangible results. But how I do it, depends completely on me since Thrillophilia has always given me the freedom to work according to my own initiatives, experimenting and learning from failures

To spend years reading, researching and learning about new destinations each day, Thrillophilia has definitely been the most intriguing chapter in the stories of my life”.

Having an exciting and impactful pattern of growth, Chitransh Singh, the Category Manager of Domestic Tours at Thrillophilia dishes out his reasons for sticking around -

“Since I joined Thrillophilia, my mentors consistently gave me the time and guidance, rooted for me and motivated me to handle big projects, which has made me confident to take up vital responsibilities and lead a team rationally.

Thrillophilia dismantled my generalized idea of MNCs or Start-Ups where you are usually assigned a task to complete following pre-existing guidelines. While the system already had detail-oriented processes, I always had the amenable and free environment to improvise, devise and experiment with new processes.

Thereafter, I kept on taking up new responsibilities and occupied myself with futuristic contemplations to take Thrillophilia to greater heights. I believe that a company’s growth is largely measured by its employee’s individual growth. Therefore, I always try to motivate and cheer up the people around me and wish to always keep the collective hustle on.

Another determining factor of staying put at Thrillophilia is that I found myself absorbed in the sublime workforce. Thrillophilia has become my family now, a bunch of ambitious people who never fail to aspire and inspire, bonded by a love for curating best travel experiences for their customers!”

Amit Kilania’s resourcefulness and inspiring ways of getting things done have been on the news. When asked about his long haul at Thrillophilia, he says,

“The blueprint for my long run in Thrillophilia has always been guided by the firm support that I received from my mentors along with the prominent opportunities for growth, not only at professional grounds, but on a personal perspective as well.

In the initial days like every other individual, I used to focus more on my personal growth. But in no time, I found the wavelength of my personal goals aligned with that of the company’s and it gave me the thrust to nurture, manifest and achieve them at the earliest.

Thillophilia, however, had given me the scope to fuel my curiosity of exploring new frontiers in the travel business that kept me glued. In the past years, the company has grown tremendously and molded me to learn and develop significantly at the same time.

Over time, I also realized that the roadmap provided by my mentors along the way not only helped me tap through all the verticals of the travel industry, but also skillfully shaped me into a leader.

At Thrillophilia, the teams approaches all challenges with a collaborative and a solution-based mindset where everyone’s ideas are recognized and the wins are a result of true teamwork. That's exactly what makes it stand out”. 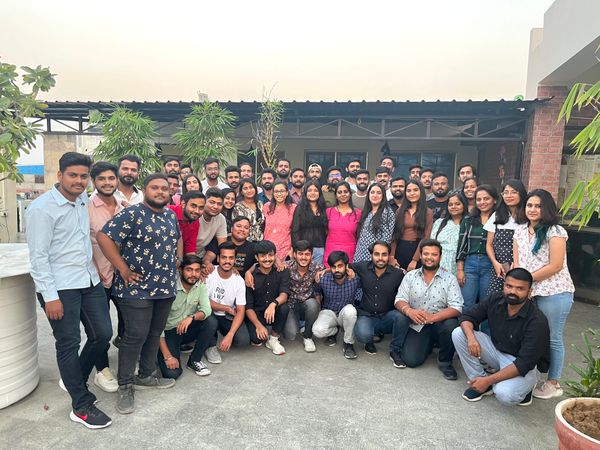 At Thrillophilia, two entirely different horizons of the travel scenario- the destinations of North-East India and Bali are led by a team of super energetic and efficient people. They are